As part of the broader bikeway network in Near Northside, the first on-street bike lane to be implemented will be on Lyons Avenue! Construction is complete, with green paint applied at certain intersections.

Lyons Avenue bikeway serves as a piece of the Phase 1 Bikeway Network in the community, which totals 9.2 miles and includes key north-south and east-west connectors such as Hardy, Elysian, and Kelley.

Extend 0.67 miles in length from Hardy Street to Jensen Drive

Maintain 6ft in width on both sides of the street

Enter into construction at the end of October 2018 (estimated) and

Complete construction at the end of December 2018 (estimated)

Connect people on bikes to major destinations, such as Saint Arnold's Brewery 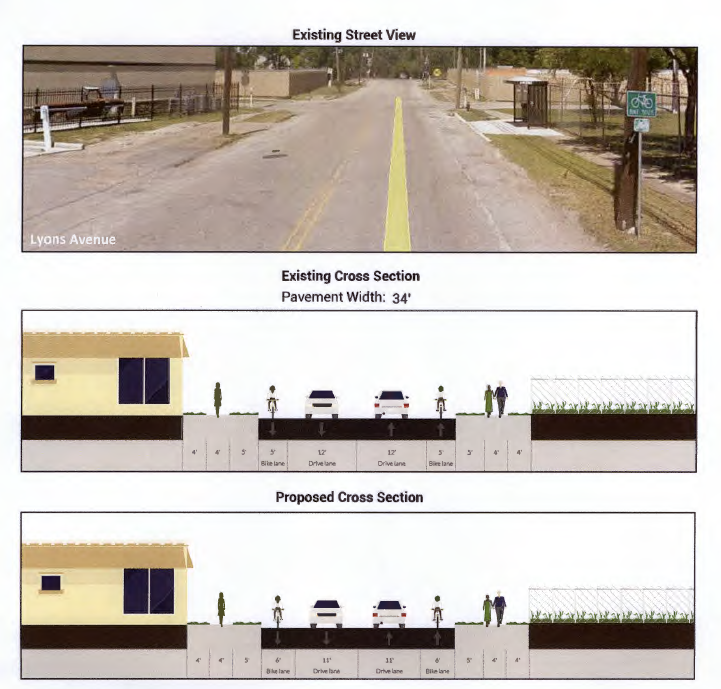